Going through an ugly divorce is never easy for all parties involved.   Spouses and their children are in for a really tough and stressful series of events which involves division of assets, new living arrangements and custody issues. Suffice to say, the real victim in all these nonsense are not the spouses, but the children who have to bear the brunt of their parents’ inability to co-exist.

It is vital to know and understand all the legal issues that will come out of this divorce especially when it comes to the children’s welfare.

Divorce is basically the termination, cancellation, or dissolution of marriage under the rule of law for a particular country or state.  Laws vary depending on the country but in most cases, requires court sanction through a legal process.

Not to be confused with annulment which declares the union null and void, divorce could be a result of several factors such as personality clashes and sexual incompatibility to name a few.  Because of the complicated nature of divorce, several other legal issues may soon follow especially if the spouses have children.  Legal issues such as child support, child custody, alimony or spousal support, and visitation rights may soon follow or while the divorce proceedings are in progress.

When husband and wife separates, the first logical question to ask is who will the children live with and this is where the legal term child custody comes in.  It is basically defined as the legal and practical relationship between a child and his parents.  The point of contention revolves around residence and contact which is typical in divorce proceedings.

There are several forms of child custody recognized by the law and below are some of them:

The next question after custody is who will provide for the children after the divorce has been finalized.  After all, it is a parent’s duty to support his or her children, biological or adoptive, married or not, especially now that the they are living separate lives.

Failure to pay child support can get a parent into serious legal trouble from asset seizure to jail time.

Also called alimony or maintenance, is a form of financial support paid to a former spouse to help pay off living expenses through a court order.  A spouse (or former spouse for this matter) may apply for spousal support under the following conditions:

Spousal support is paid to help a spouse who may face financial difficulties because of separation.  It is the law’s assurance that neither spouse would not face hardships as a result of their breakup.

Is a passionate adviser at Marketunlimited who loves recommending/giving advice on Credit Card related problems.
My life is concerned with consumers searching for information on utilizing their credit cards. So I possess a strong will to help consumers search the internet and get the best info concerning their Cards.

WHAT ARE THE BENEFITS OF A PLANT BASED DIET? 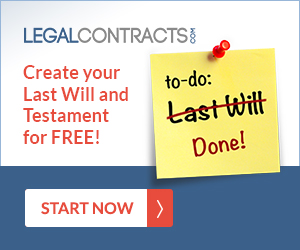 Save money on Power of Attorney

Opening a Credit Card for the First Time

Top five thing you might not know about a credit card

Credit secrets that banks don’t want you to know